Blots on the landscape?

People often consider wind turbines a blot on the landscape, but I’m not so sure. It’s true that I generally compose my landscape pictures in the romantic tradition: the beauty of nature and so on. So I try to avoid electricity pylons and the more ugly man-made intrusions in the landscape.

But I feel differently about wind turbines. I think they are attractive structures in their own right and they also provide interesting features in what could otherwise be a fairly boring picture.

I decided to visit Royd Moor wind farm. This is a good 90-minute drive from my home so I did a fair amount of planning before I set off, using Google Maps to find the more interesting viewpoints (and also to check on where to park). I also decided to try three different kinds of treatment:

I took this picture near the main viewpoint. I found that an exposure of about 1/10s made it clear that some of the turbines were moving. I needed to use a polarising filter and an ND filter to reduce the light levels to get this exposure time. I chose this exposure because I liked the way the fence leads your eye to the turbines and then the turbines head off in the other direction. I wanted to include the lone turbine on the right to create more of a story and to balance the composition. It’s a shame that there’s a large turbine on the hill that overlaps but I couldn’t find a position that avoided the overlap. 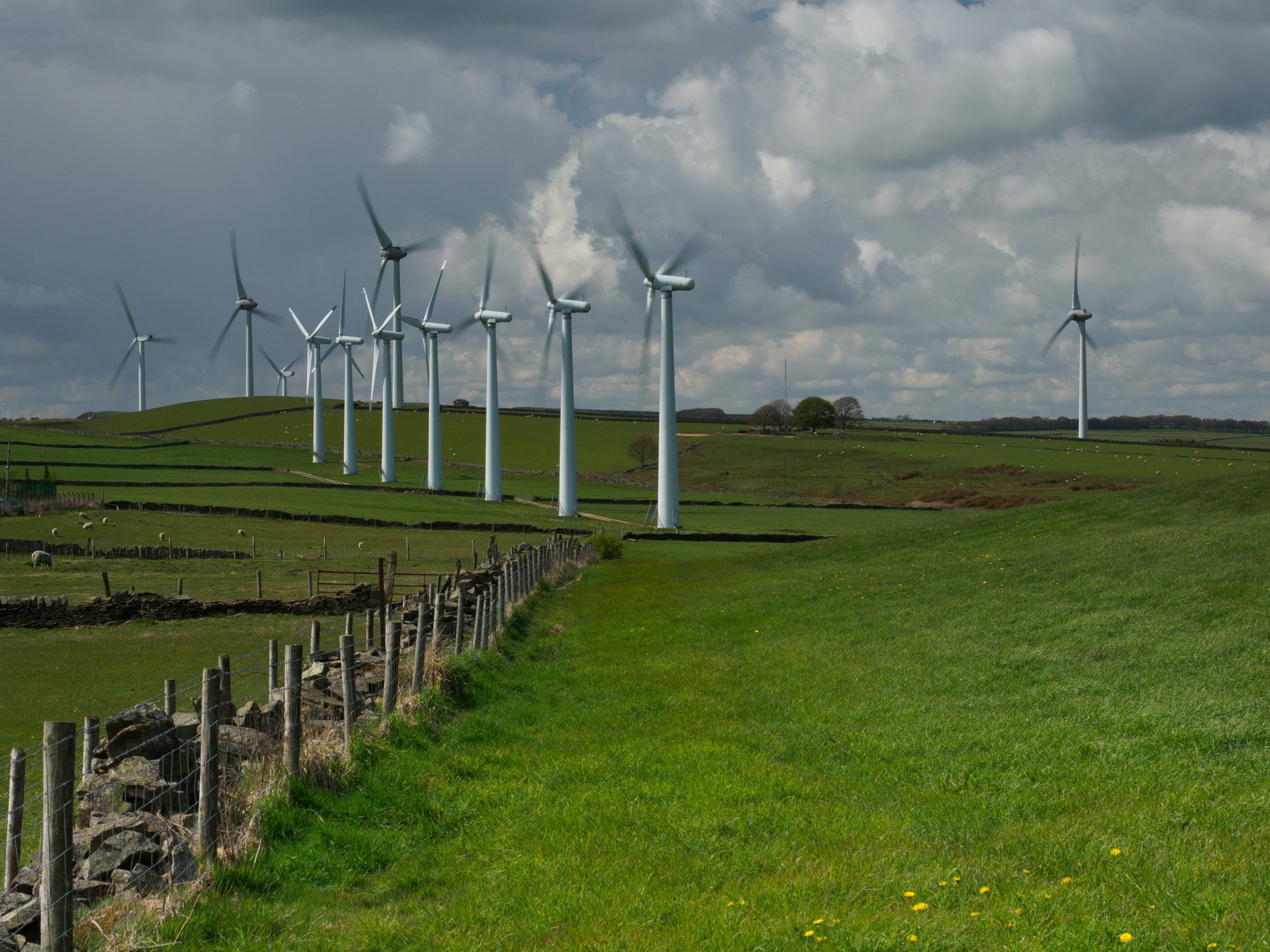 I then removed the ND filter because I wanted to do some multiple exposures and I wanted the blades to be frozen. This is a combination of about 20 images. 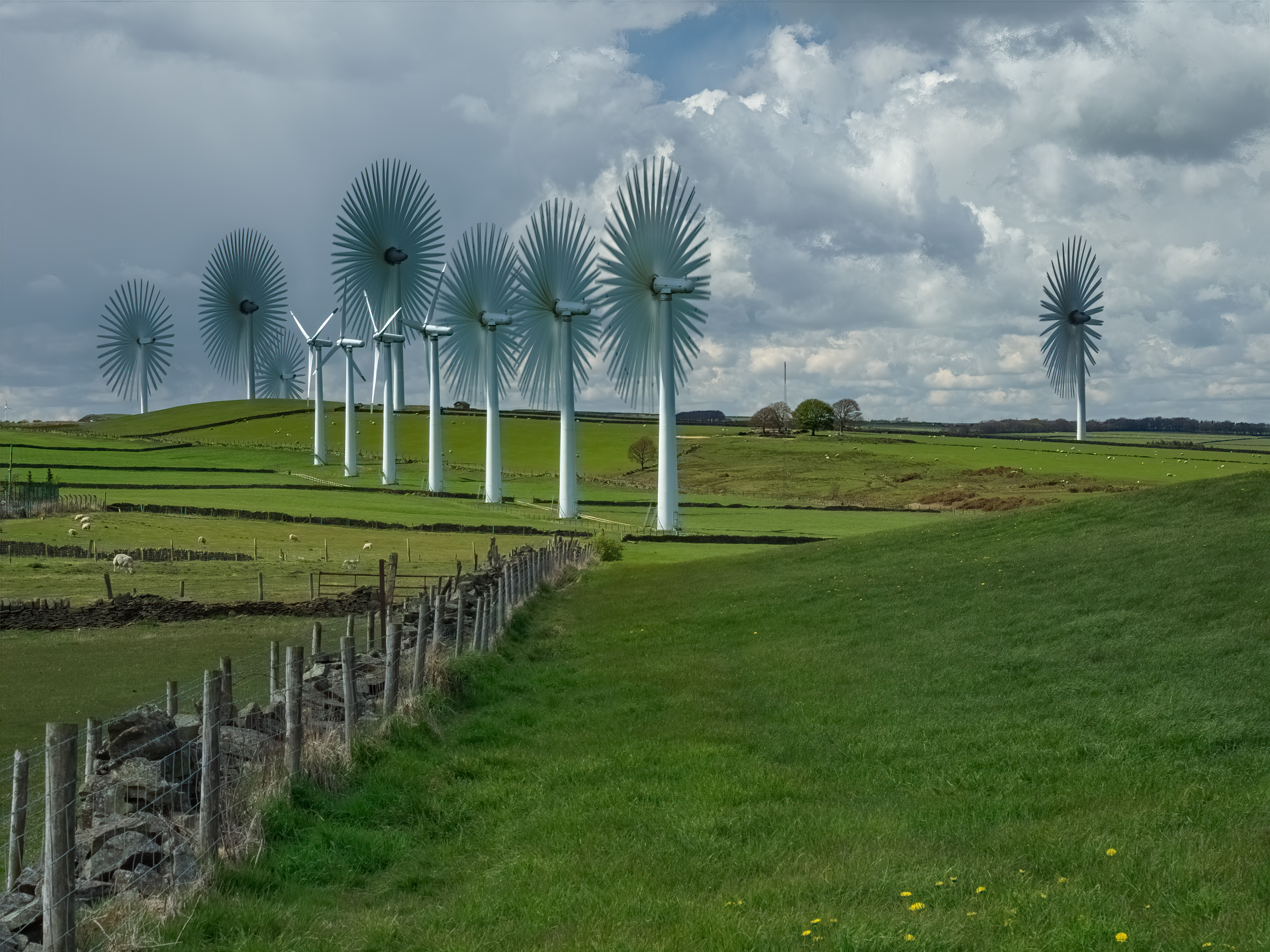 I then swapped over to my infra red camera. This is a Canon 550D with a 665nm IR conversion. The composition is tighter because I was using a longer lens for this shot. I liked the way this created a faux-snowy landscape. 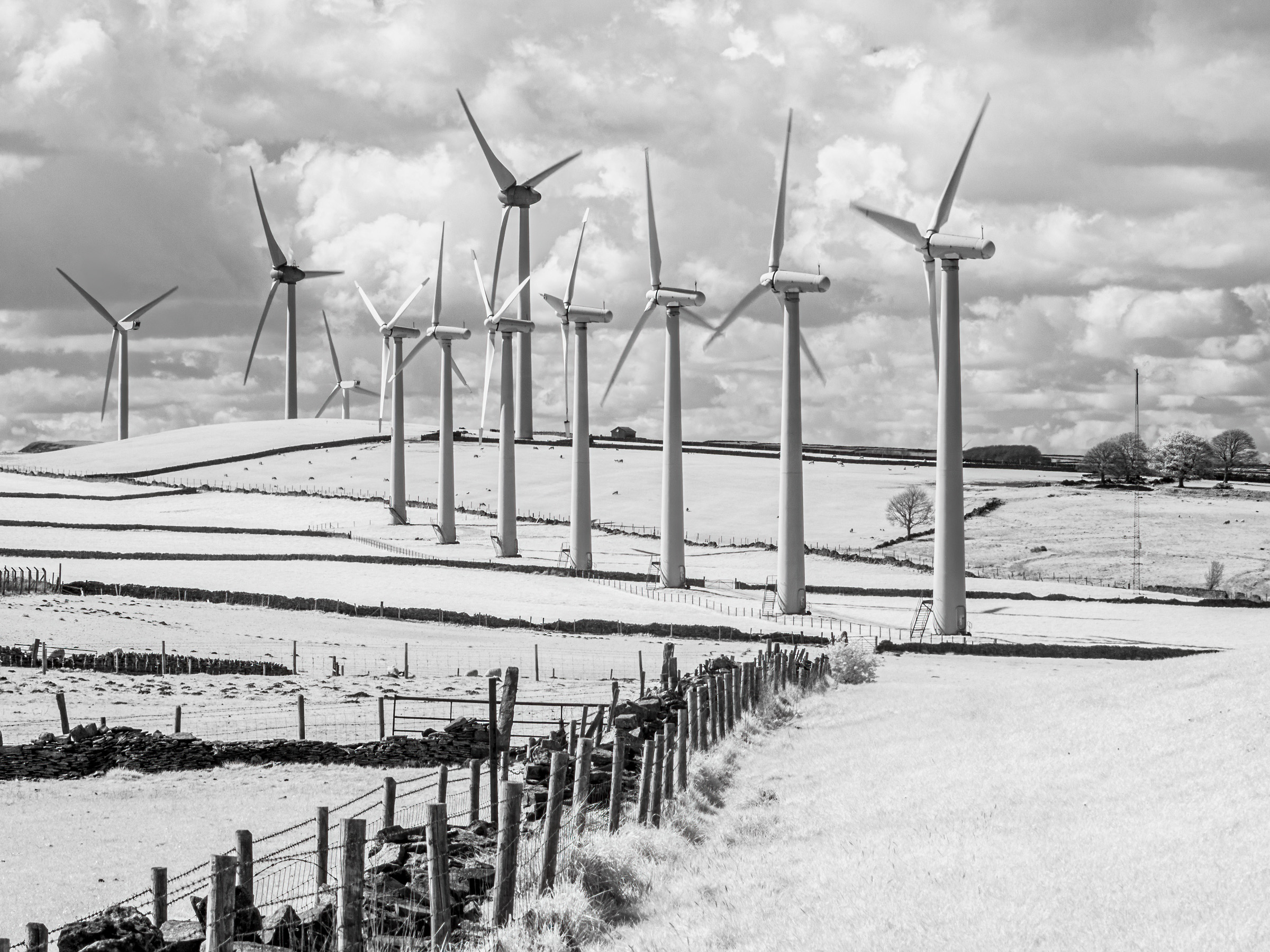 Each of the three images is unique and I’m not sure I really have a favourite.

Here are three more compositions of different parts of the wind farm. 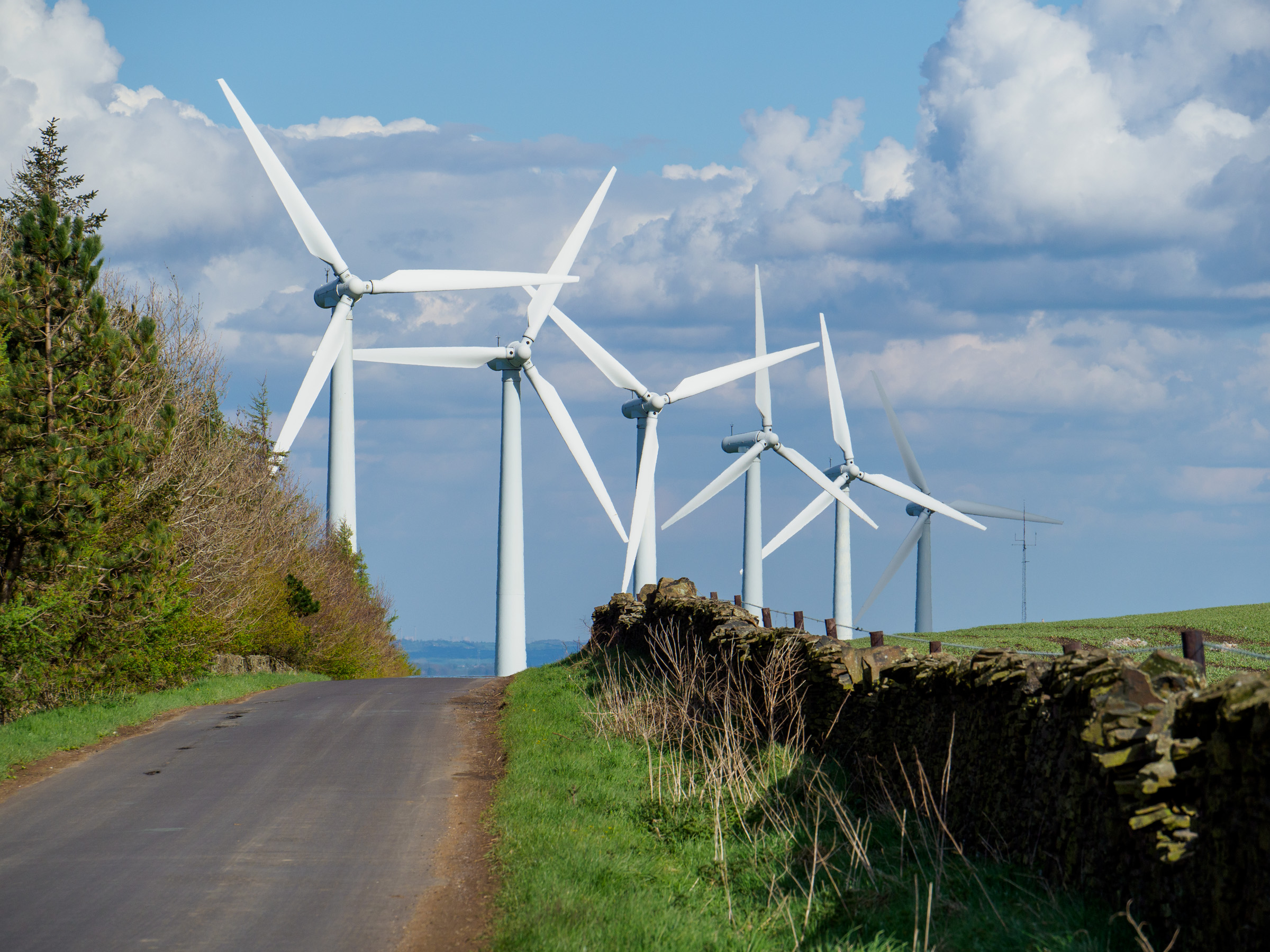 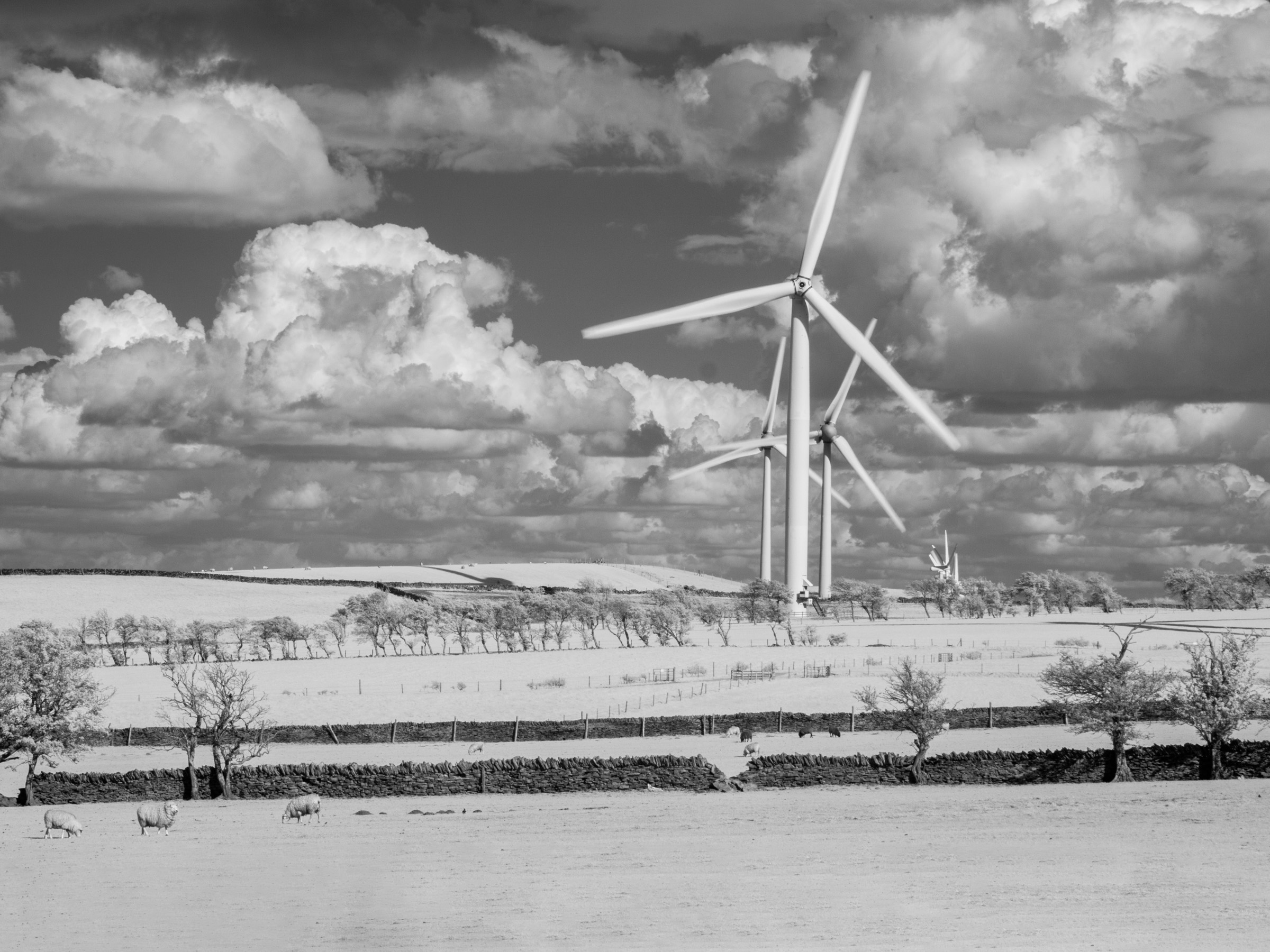 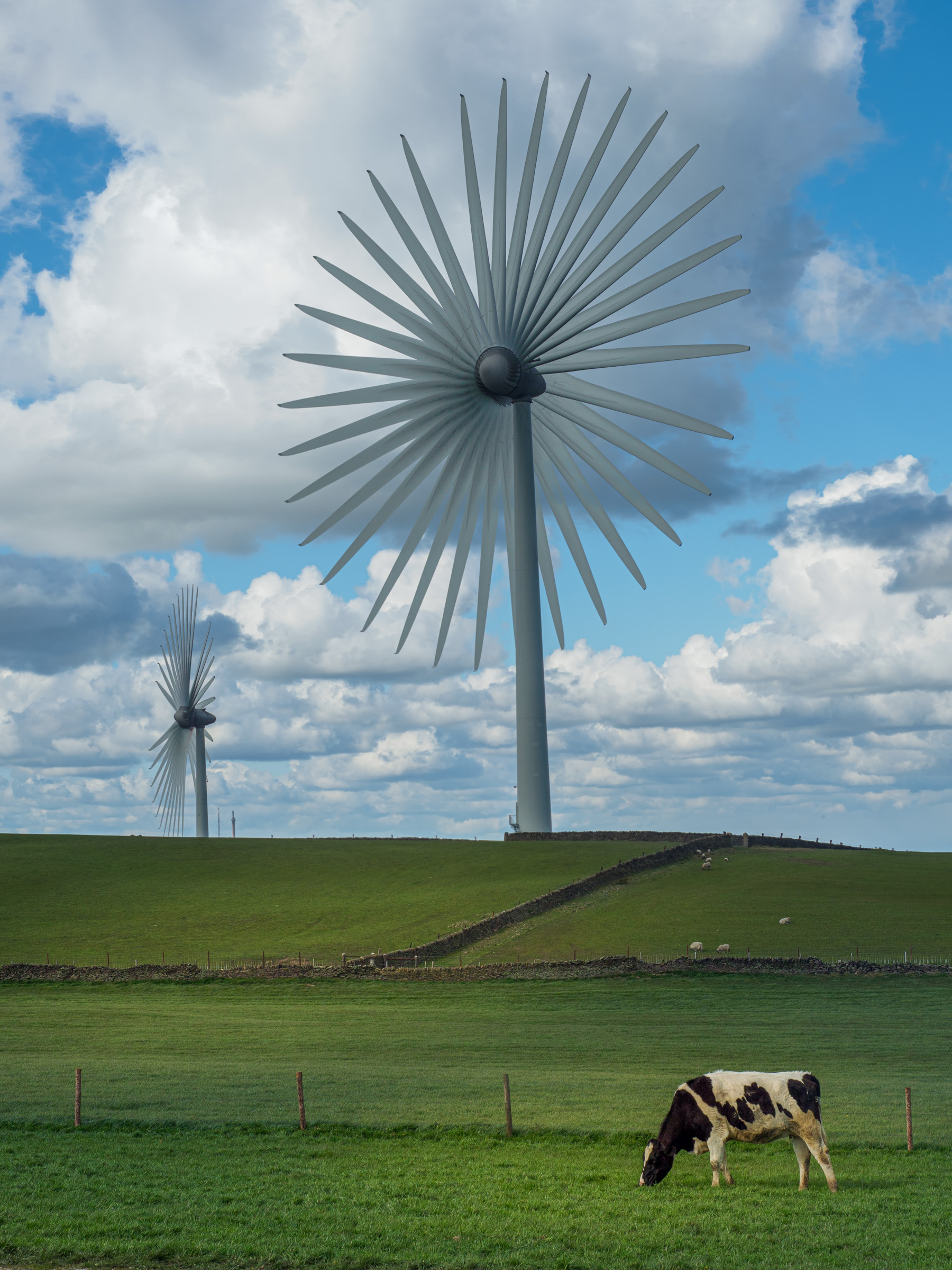 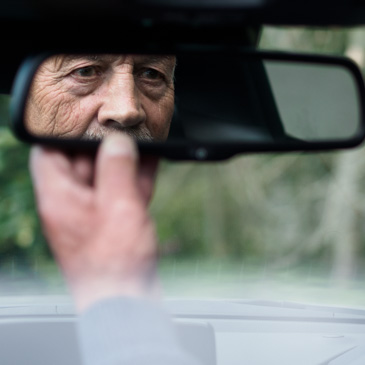 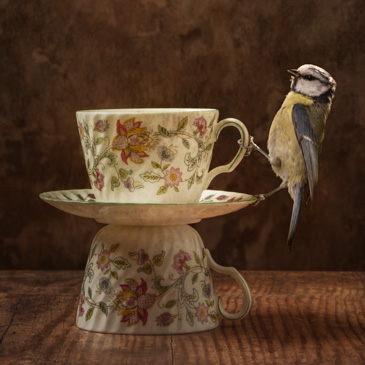 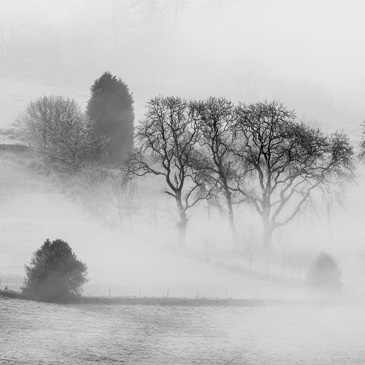 Cloud Inversion at the Roaches