Peak District Through the Seasons

I enjoy working on projects rather than creating single photographs. Some of those projects occupy a few hours or a week-end but others are longer term. For some time now I’ve been building up a collection of images to show the seasons changing in the Peak District.

I first got the idea while photographing this oak tree over the seasons. The tree is a short walk from my house and I pass it most days while on a dog walk. That means I’ve been able to capture it at its peak in each season. Spring is the hardest to get the timing right. Oak trees have a bit of the avocado about them: not ripe, not ripe, not ripe, not ripe then BOOM!

I’m a long way from completing the project. In fact, it may be one of those projects that I never complete. Or maybe I just never want to complete it. So take these images as a work in progress. 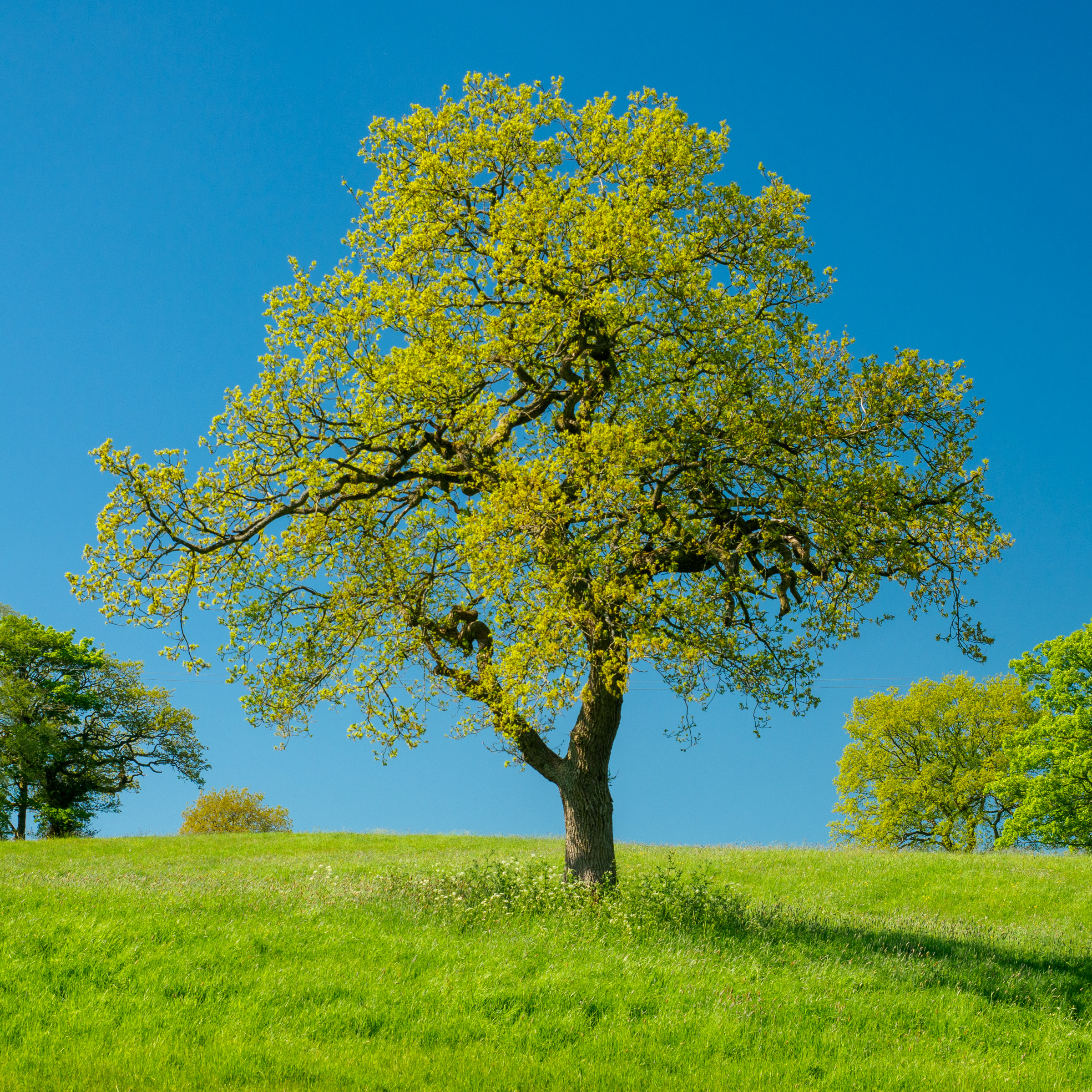 This is Gibb Tor near the Roaches. I headed out for sunset on this evening in March as my weather app promised only high cloud. The sky didn't really deliver, at least not in the direction I wanted to point my camera. There was a lot more pink in the sky to the right of this shot, but the landscape view wasn't as interesting. In this composition, I liked the way I could align the rocks to make them snake off in an S-shape towards the horizon. 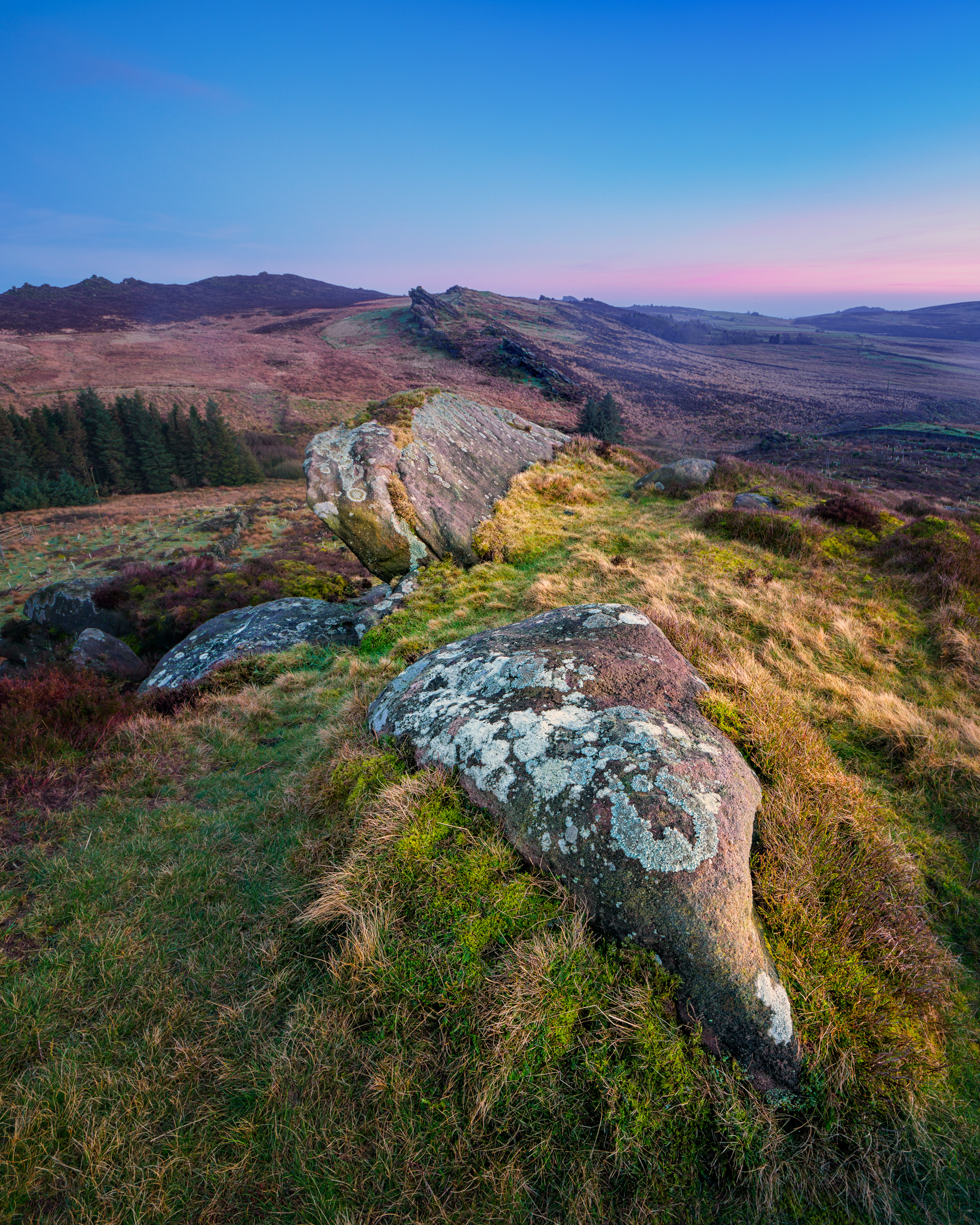 This is a garlic wood in Staffordshire. I visited this wood through April and May, trying to get the timing right. Prior to this visit, the garlic was out only in patches. On this visit, it was pretty much at its peak. I spotted the two fallen branches and thought they made an interesting lead in to the scene. In the original, there are some blue patches of sky intruding into the scene but in this processed version I've cloned in some leaves. I wrote more about this project here: Garlic Wood. 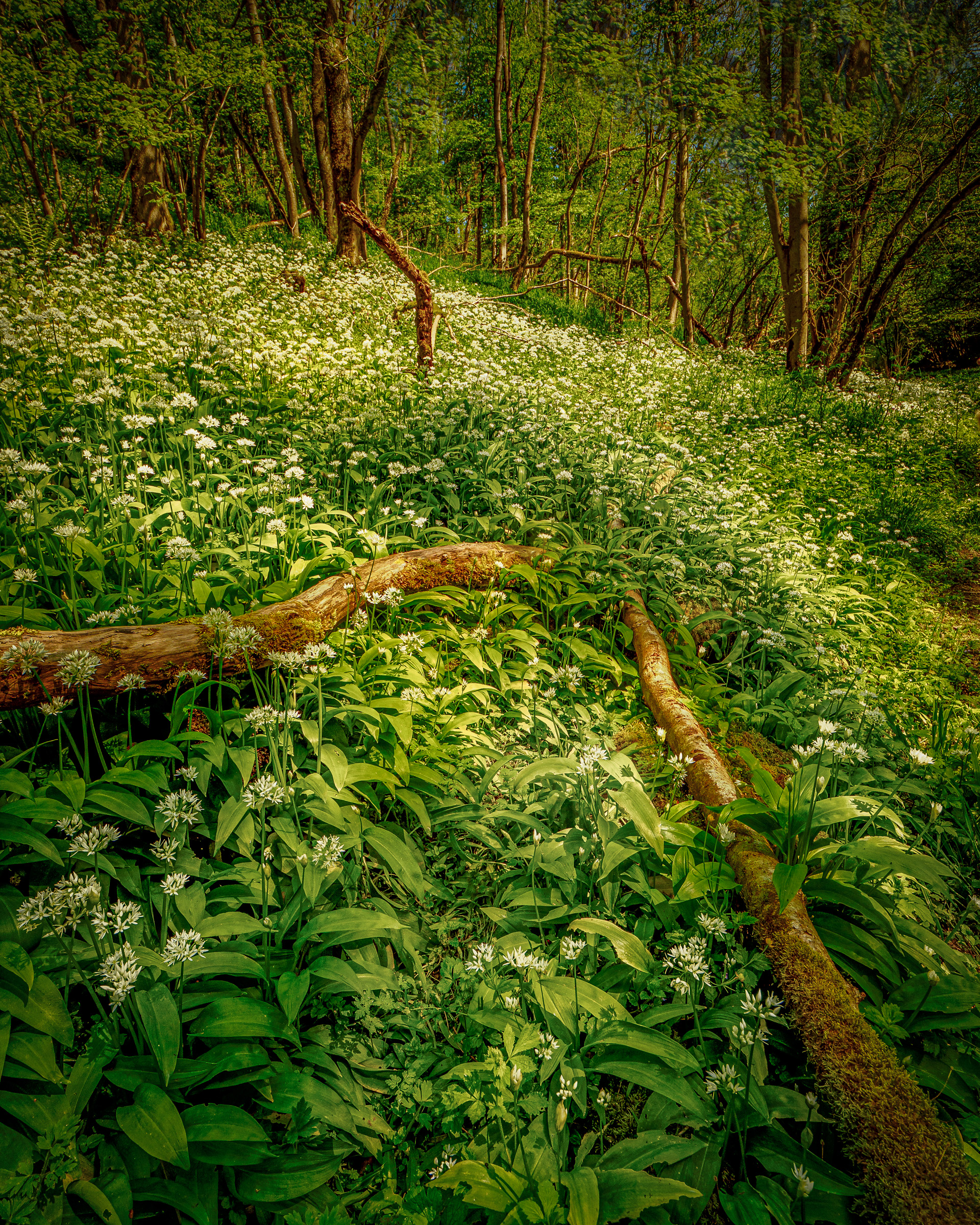 Bluebells are not the first signs of plant life returning: snowdrops usually appear a few months before them in winter. But as attractive as a clump of snowdrops can be, nothing quite beats a bluebell wood. I have a few images of bluebell woods but nothing I'm pleased with yet. So this more detailed shot is a placeholder for what may come in the future. 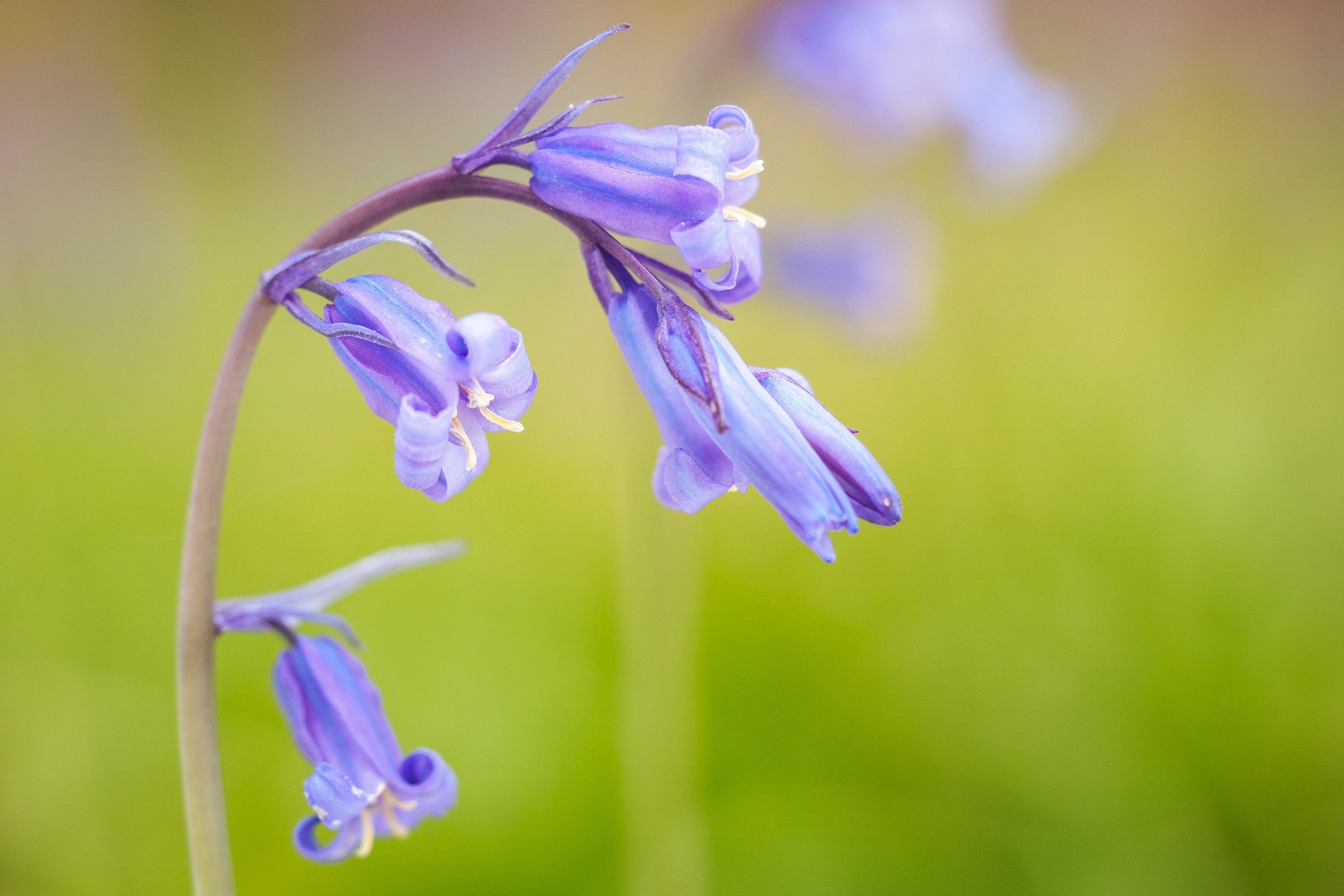 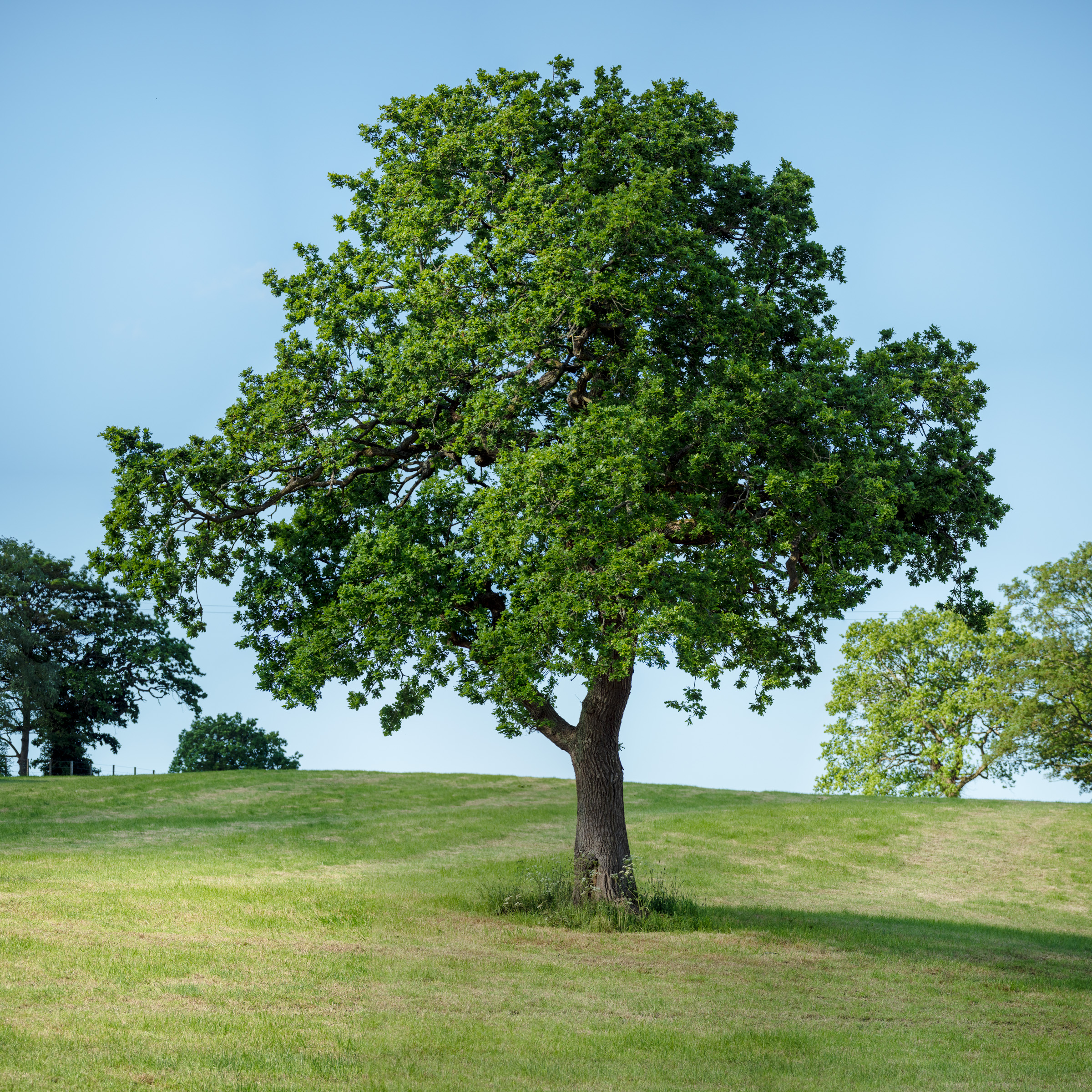 I came across these millstones at Stanage Edge in August. A stone mason dug out and carved these two tonne monsters from the gritstone rocks nearby. He intended to transport them by road or river but he abandoned them here. Why? People's tastes changed. The gritstone turned flour grey and left bits of stone in the flour. People preferred the fine, white flour created from French millstones. French millstones also lasted longer and required less maintenance. So the bottom fell out of the market for Peak District millstones. Can you imagine creating these beasts and then finding that no-one wanted them? 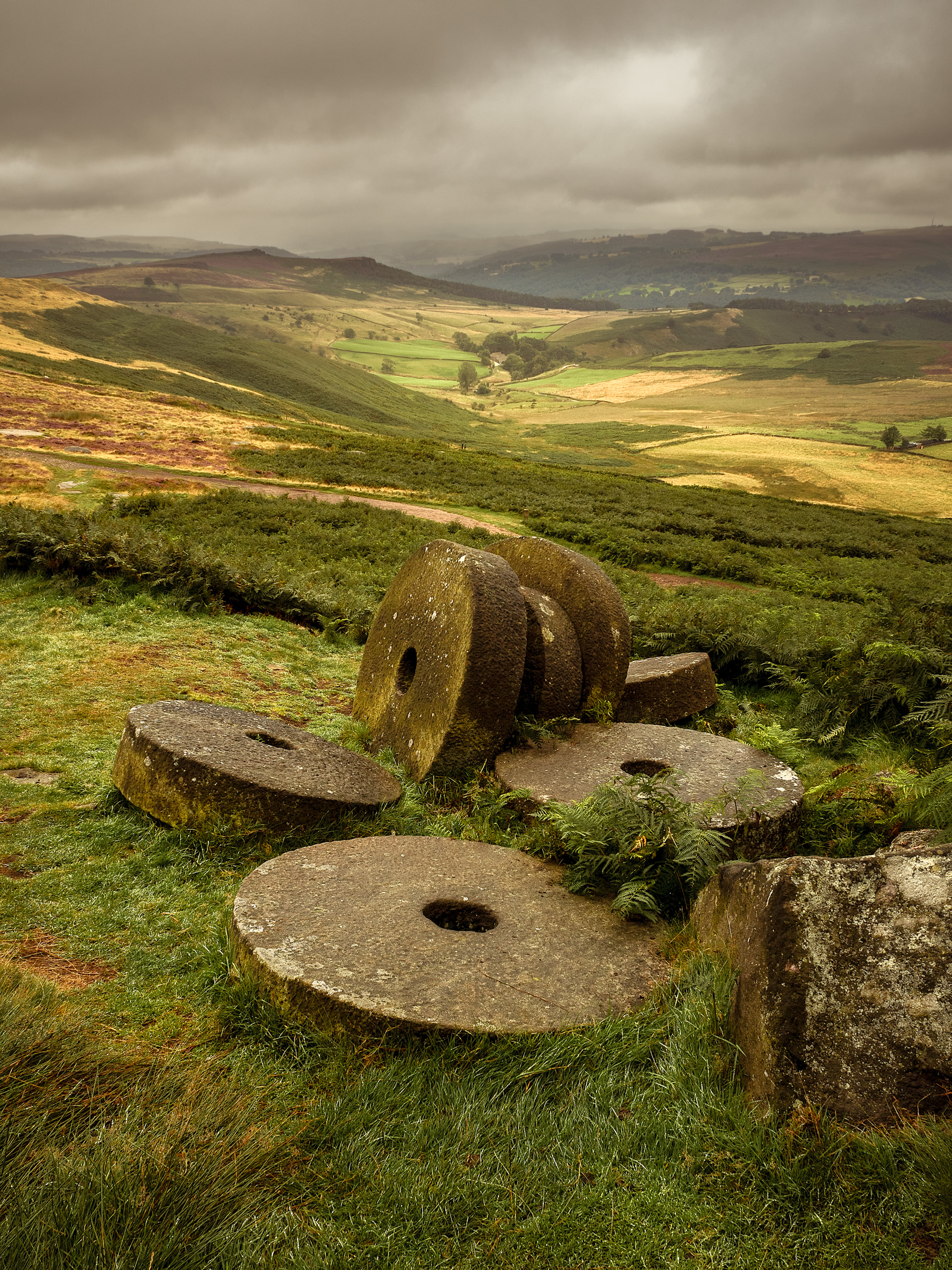 I headed to Gib Torr in August so I could check on the heather situation. The heather was out in parts but it was clear that we were a week or so away from its peak. While looking for compositions that included the heather, I realised that the photograph wasn't about the heather at all but about these grasses. It was windy and they were moving in the breeze. To capture the movement, I used a 6 stop ND filter but that made the leaves in the tree blurry, which I didn't want. So I took another image without the filter and then blended them together. 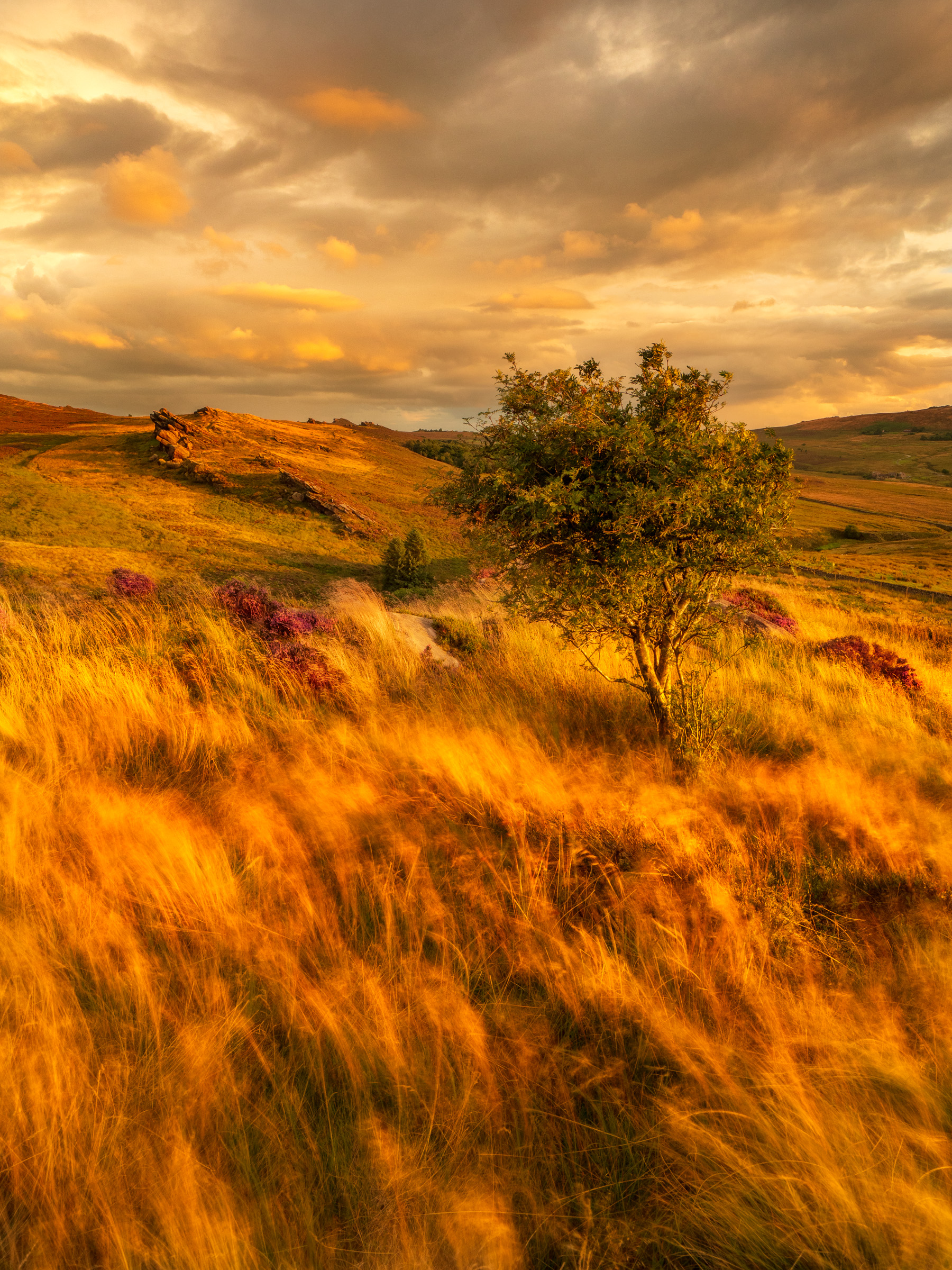 August is most definitely heather season in the Peak District. This image was taken at Bamford Edge in mid-August. The heather was looking terrific; the weather, less so. Like bluebells, heather on its own isn't that photogenic: you really need a composition where the flowers act as a co-star. So in this image I used the heather to add some colour to the foreground but used the hills and reservoir in the distance as the main star of the show. 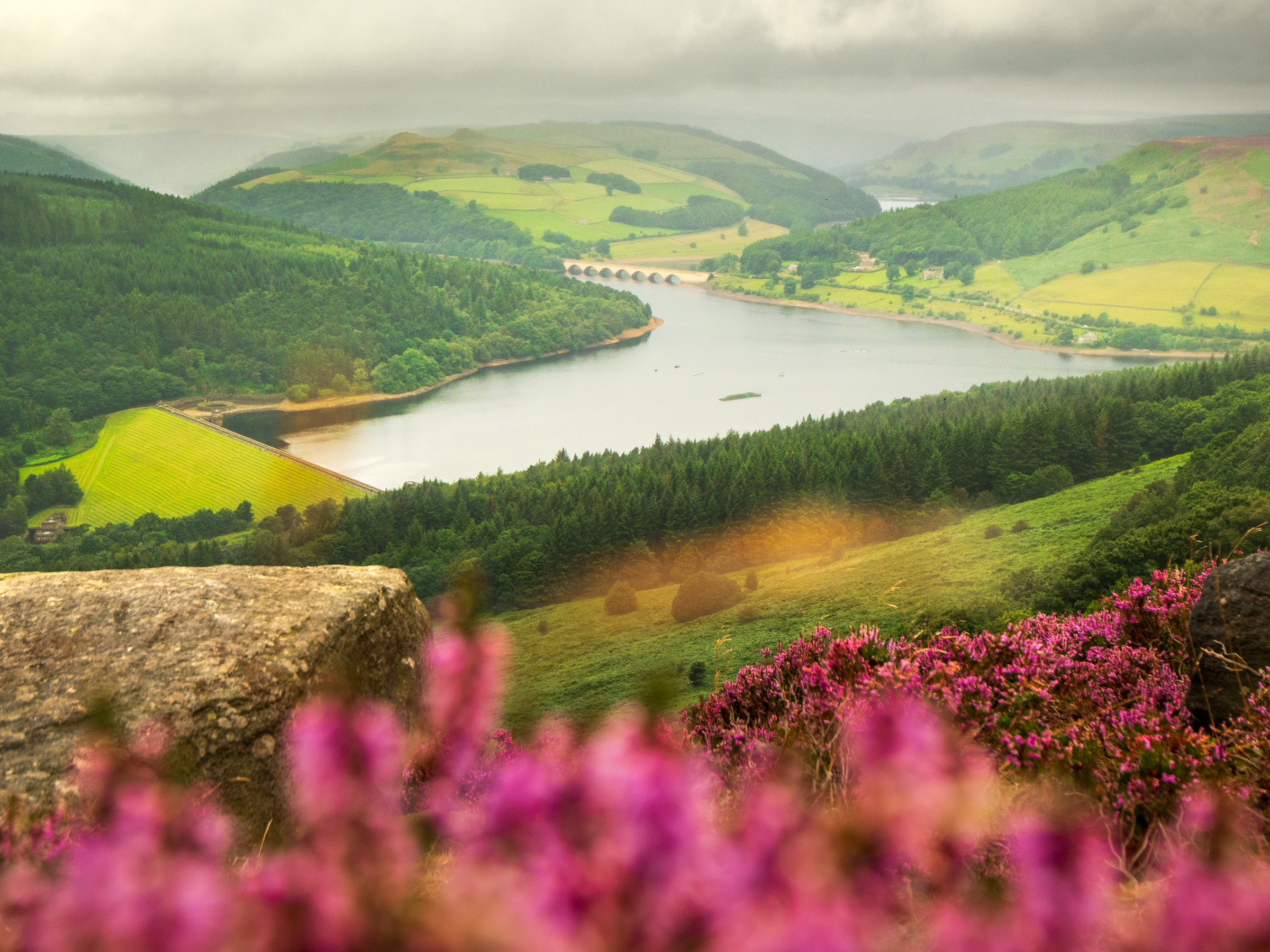 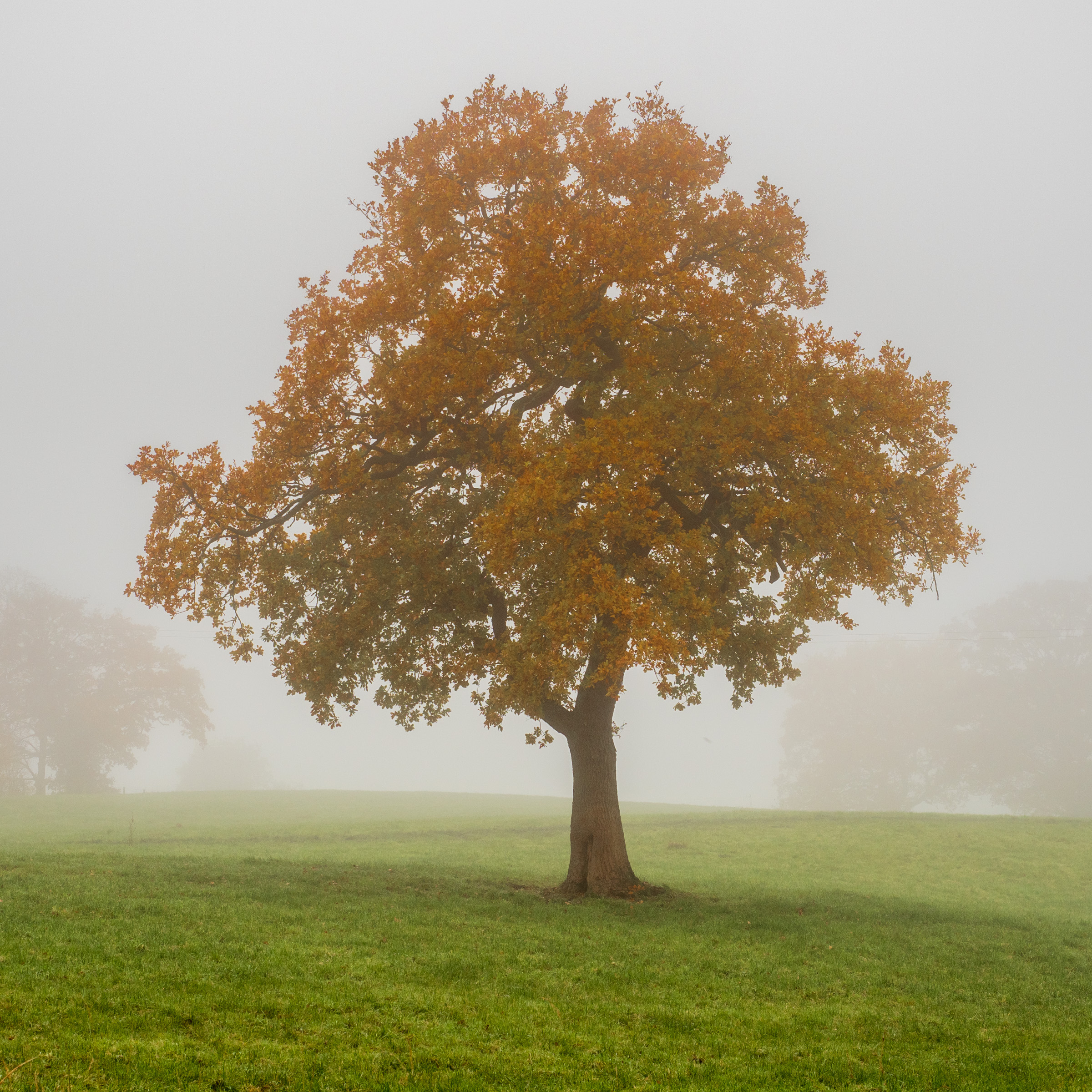 This is a classic shot of a millstone at Padley Gorge. I've photographed it in the past but this year I managed to get to Padley Gorge when Autumn was at its peak. If you blur your eyes, the picture looks like it's on fire. 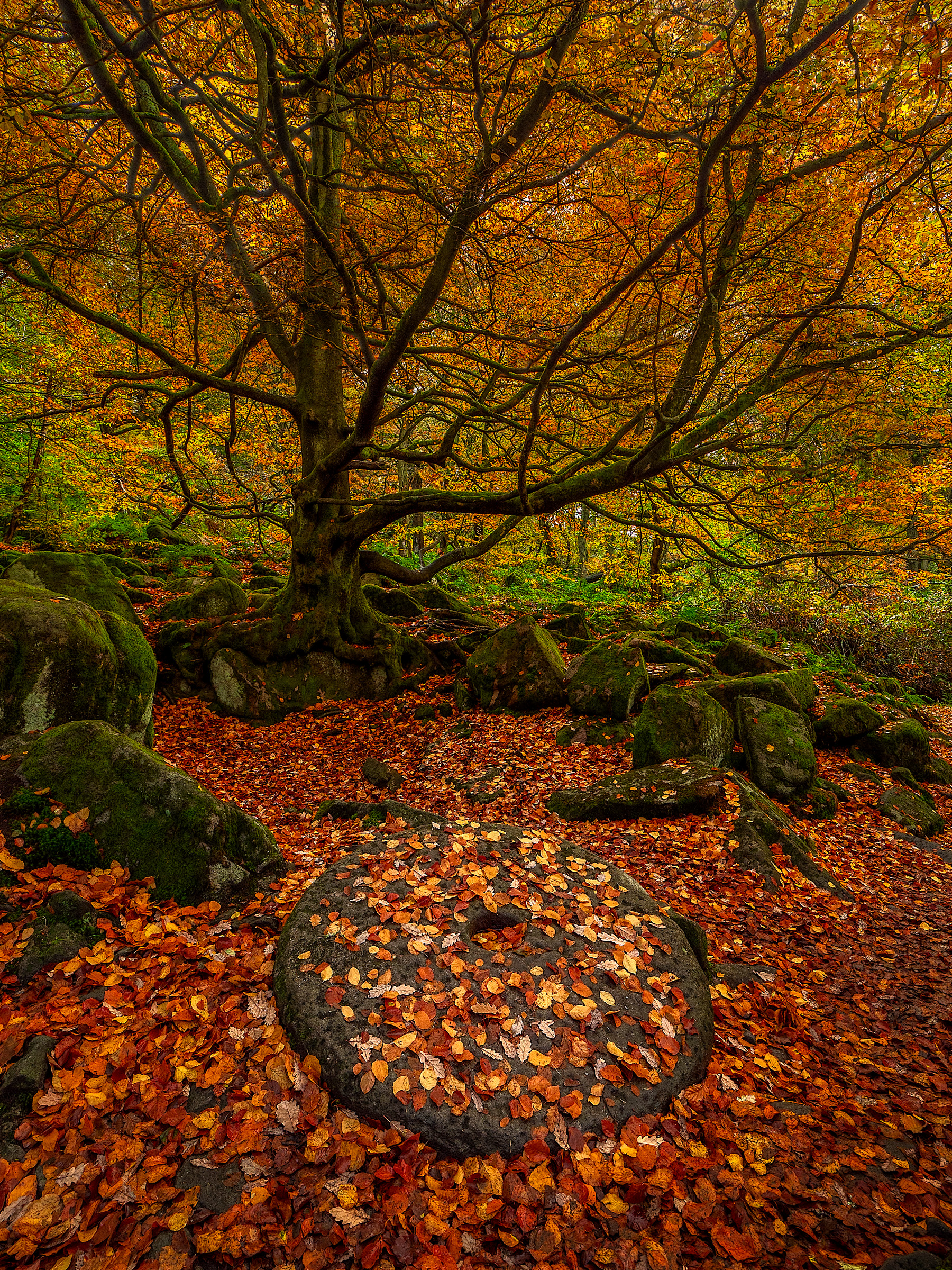 I struggle with woodland photography, mainly because woodland can always be so… messy. I find it difficult to simplify what's in front of my camera. So I was pleased when I came across this clump of birch trees near Bolehill quarry in November. The foreground bracken had removed much of the mess and the trees were aligned on a neat recession. 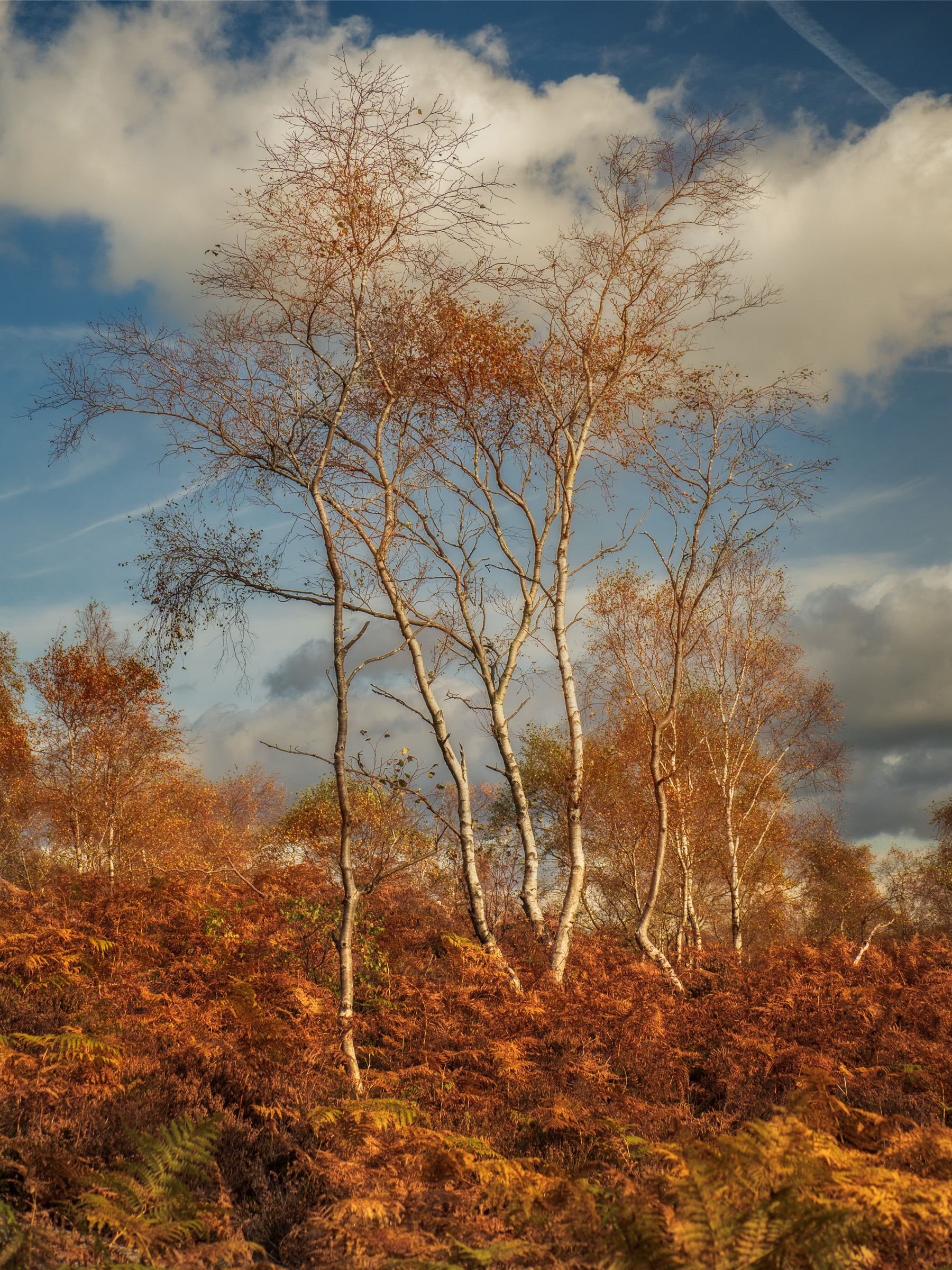 I saw this magnificent creature during the deer rut on Big Moor in October. I decided to head there for sunrise and I seemed to be the only photographer around. The weather was cold and more than a little dreary. As I get older, I struggle with the early starts but I also seem to value the experience more. There's something special about being alone in the landscape so early in the morning. 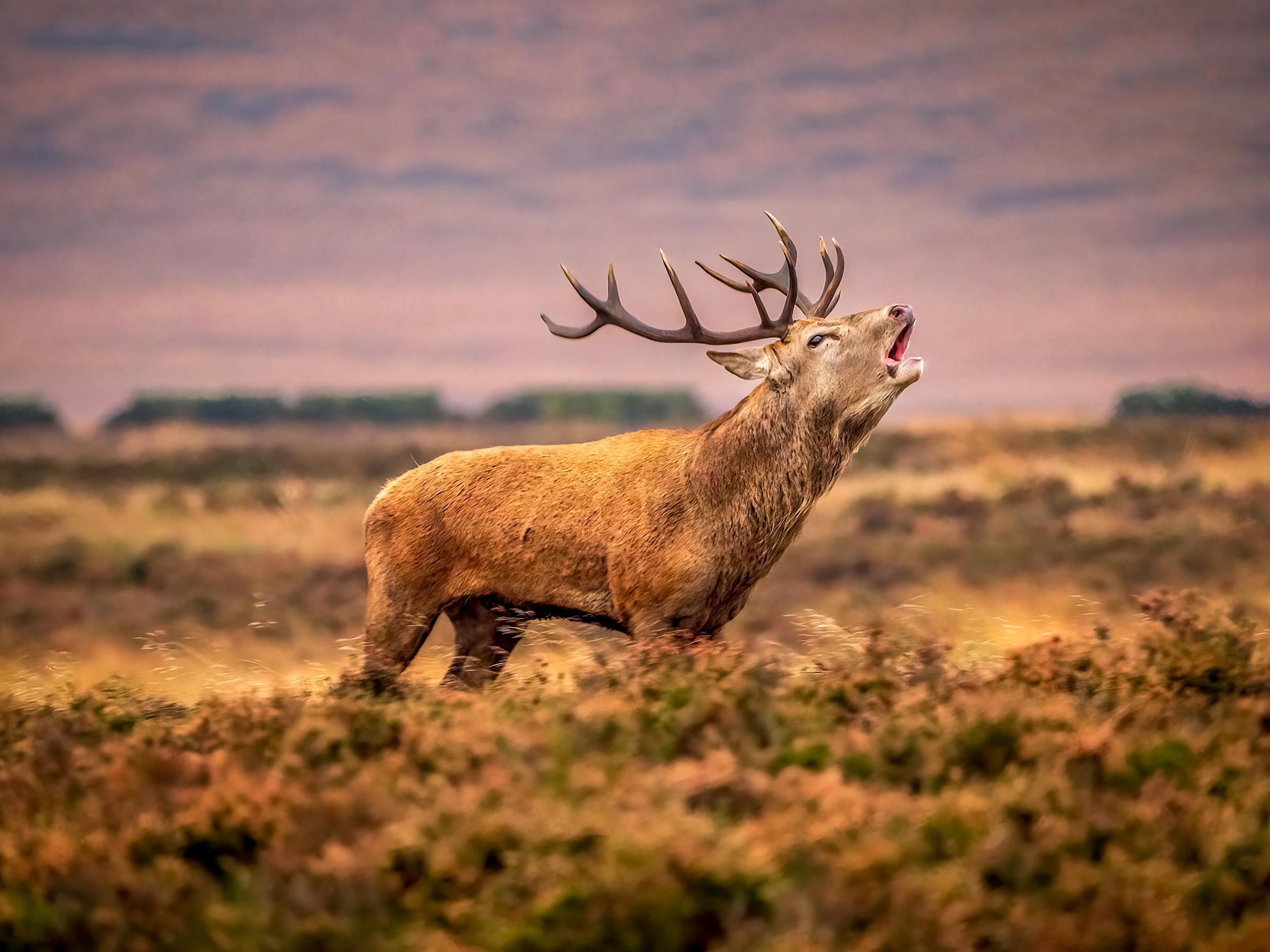 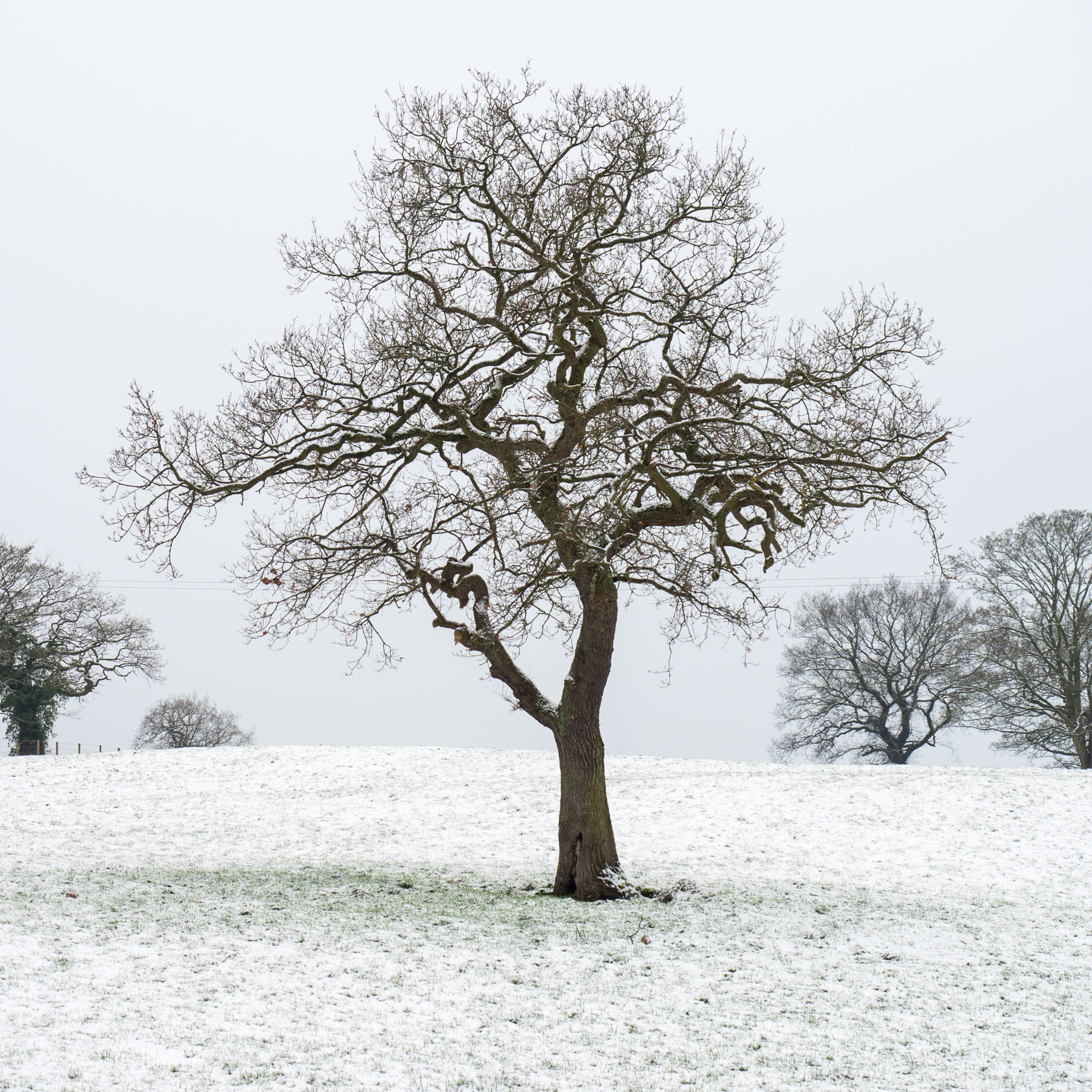 This picture was taken in February looking towards Hen Cloud at dusk. We had had a smattering of snow and I was hoping I could get to this spot on the Roaches before the walkers and climbers created footsteps in the snow. I wanted this picture to complete my ARPS panel (you can read more about my ARPS submission here). It looks like it should have been bitterly cold but my recollection is that there was hardly any wind — unusual for the Roaches. 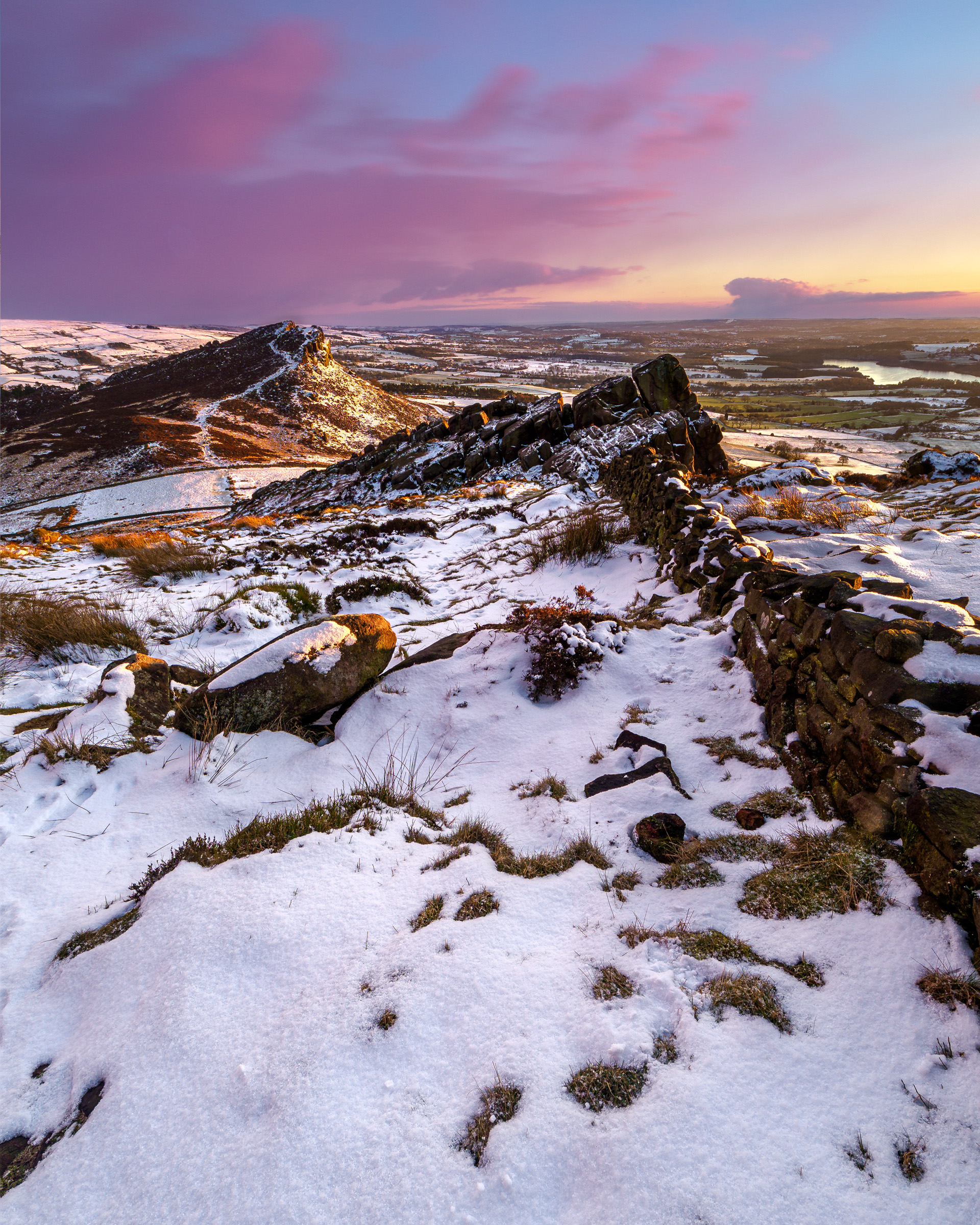 Most of the images in this post were taken in 2021 but this image is from 2017. It shows a view of a rock face on Hen Cloud. This day was bitterly cold. I normally title my images with the location where I took them but this felt more of a storytelling image to me. So I called this, "Many winters I have seen". 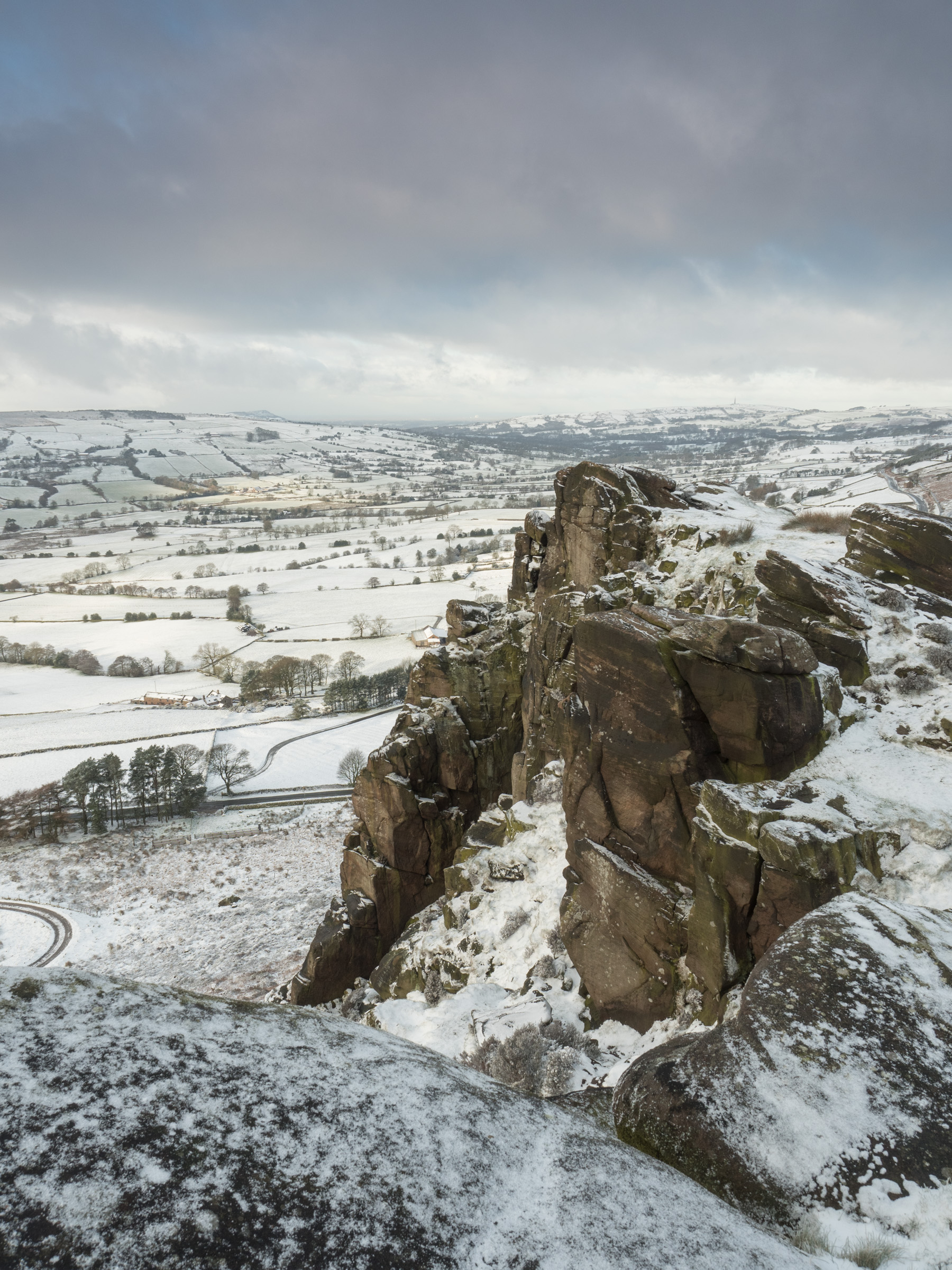 I'm writing this in December, a month or so into winter. The trees are bare and the autumn colour has gone. Combined with short daylight hours, this time of year can make day-to-day life more than a little depressing. But hold on till February: Snowdrops provide the first hint of the return of the light and help us look forward to spring. 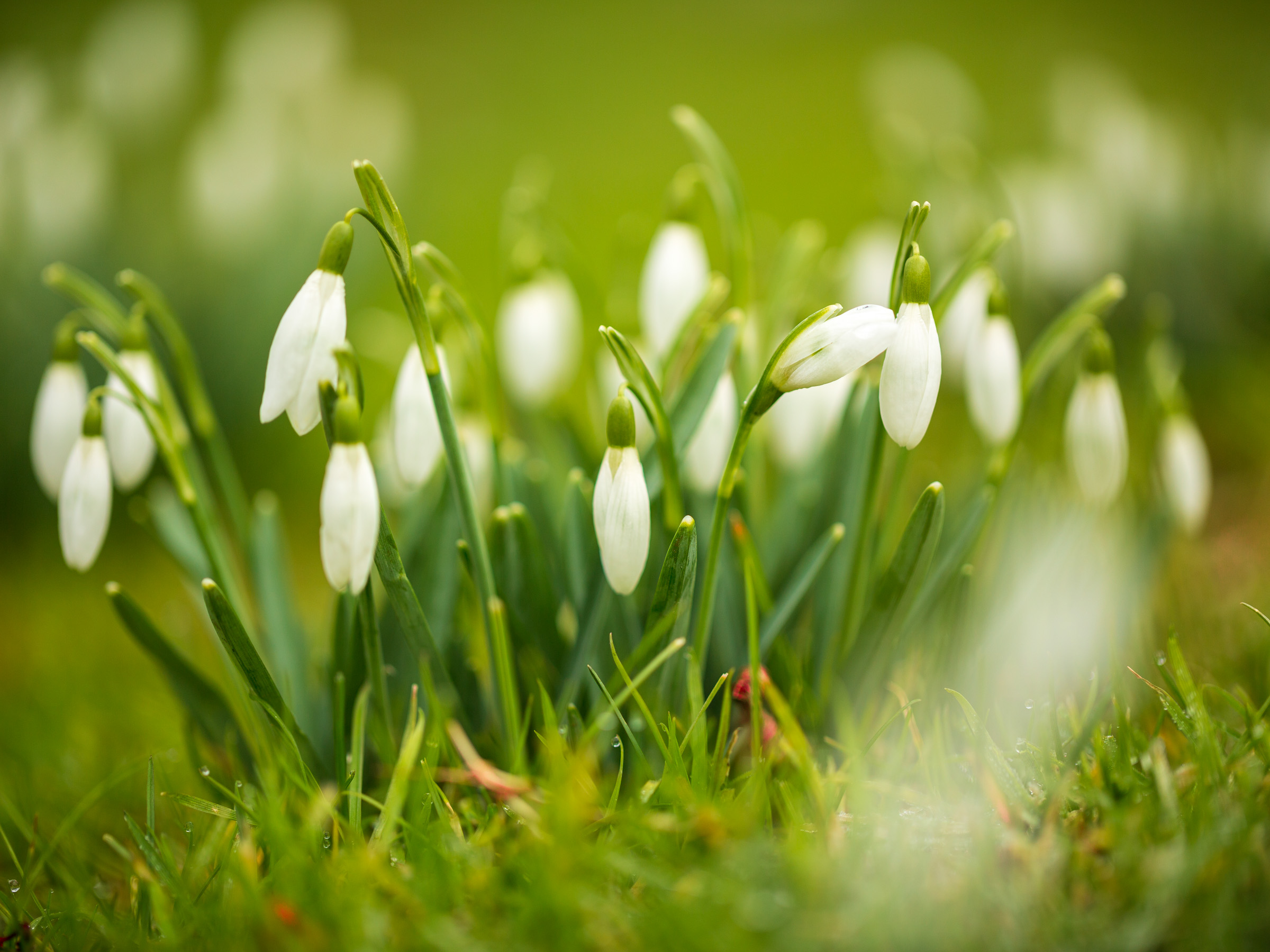 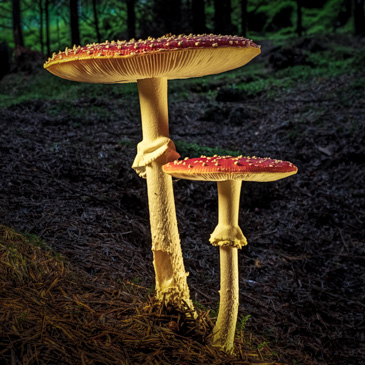 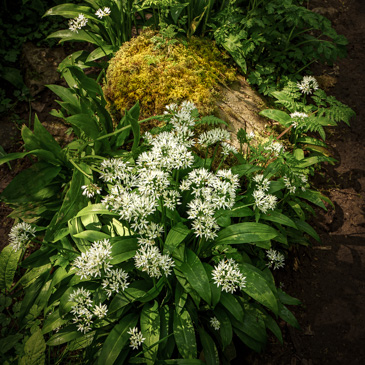 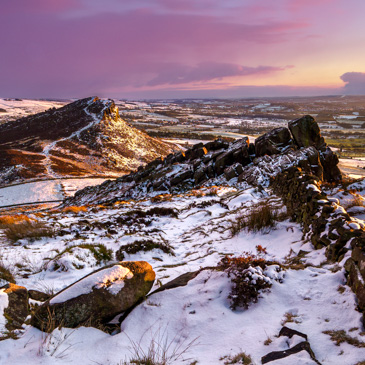 My ARPS Panel: Dawn & Dusk at the Roaches